“I’m a hooker! A prostitute! And when I finish my nightly rounds, the sun is starting to come up!” Shelly hooks it at a mere $25 a throw to pay off her jailed husband’s lawyer and to support an unseen child. She says she needs two grand a month just for that. Floaters make up her client base: the lonely tourists and nightcrawlers who skim the grimey pavements of Times Square in search of put-out-for-pay women.

A better title would be “Cold Skin and Low Cash.” BARRY MAHON’s nocturnal case study of a Times Square streetwalker is the ultimate example of moody slice-of-life made-in Manhattan sexploitation and a melancholy mid-sixties time capsule of neon lit New York streets and now-vanished stores, billboards, and theaters. All of this in enjoyably grim black and white photography.

Mahon scored a ten in casting VICTORIA ASTOR as Shelly. A true stunner with a very sexy, stacked body, Miss Astor is one of the best looking girls in any of his pictures. The introspective, often funny script makes it clear that she gets her kicks by selling herself on the streets to any twisto who’s got her fee (instead of being a call girl for a higher class clientele), and is prostituting herself for more than cash. 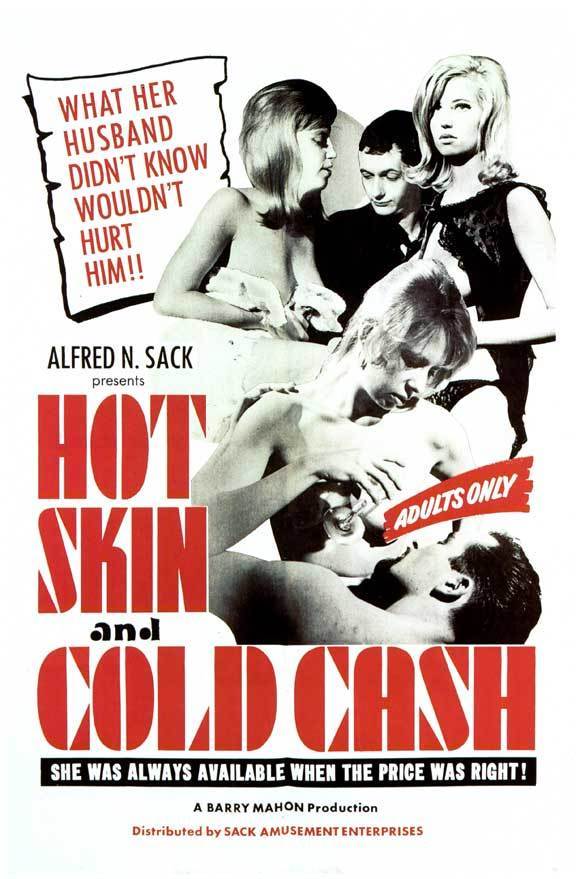 Typical 60’s softcore exploitation. The lead actress was attractive. No overt nudity, although the see-through baby-doll nightie in the early scenes came pretty close.