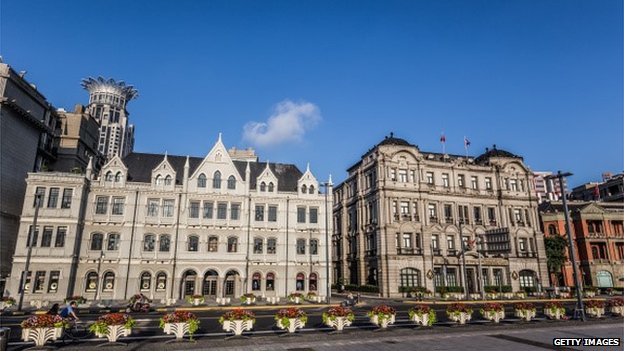 Driving through the narrow streets of the French concession, as it’s called, I am reminded of when Shanghai was known as the Paris of the East.

Ritzy shops like Prada now share a block with older colonial era houses. They are a rarity in China these days when high rise apartments dominate city skylines.

In the 1920s, foreigners mingled with Chinese in what was considered to be the most cosmopolitan city in Asia. Now, with the rapid increase in wealth in China, it feels like a second Gilded Age.

It’s notable for a Communist country that China has a million millionaires. And it’s not just the number, it’s the speed of the growth in wealth that’s striking. A decade ago, there were only three billionaires in China.

That number has grown by nearly 12,000%! China now ranks only after the United States in the number of super-rich it has. And that’s a surprise in a country where the average income is the same as in Peru.

The Bund is another area which evokes a bygone era. A walkway that snakes along the Huangpu river, it is lined with imposing buildings including the Peace Hotel.

Previously the Cathay Hotel, it has stood here for a century. It’s where Charlie Chaplin mingled with George Bernard Shaw during its heyday in the 1920s. Now a different type of celebrity attracts the cameras. 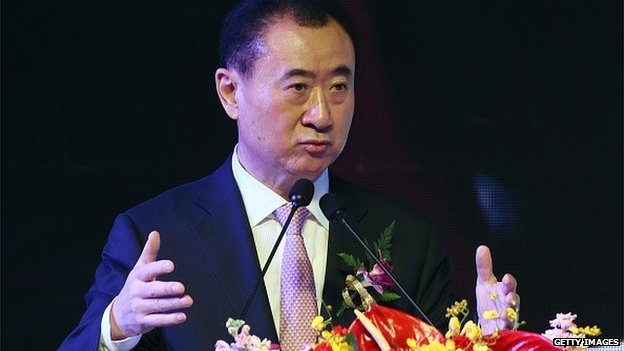 When Wang Jianlin steps out of his Rolls-Royce, people stop to photograph China’s richest man. Because wealth was obliterated during the Cultural Revolution, billionaires like Wang Jianlin are admired for creating their own fortunes.

His business took advantage of the opening of China’s market in the 1990s and the rise of the new middle class. A remarkable half a billion people have been lifted out of poverty in a generation. It’s their demand for offices, entertainment, and cinemas which has made Wang Jianlin one of the richest men in the world.

But, it’s not just those on the Forbes rich list who enjoy the views of the Pudong financial district from the bars along the Bund. 1 in every 7 people in Shanghai is well off. This new generation of business owners also relies on selling to the middle class and on the digital revolution for their fortunes. 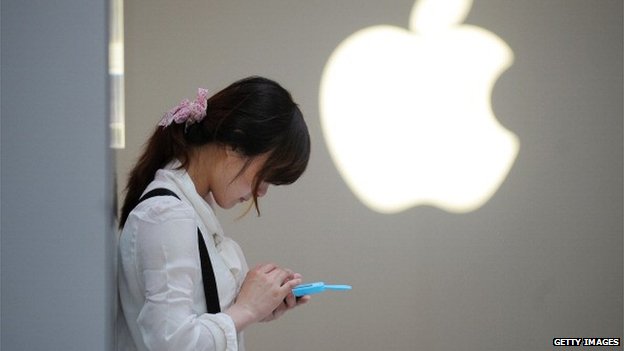 Apple’s chief executive, Tim Cook, says China will overtake the US as its biggest market

When I looked around an Apple store in Shanghai, it was evident that China is no longer just the place where iPhones and iPads are assembled. They are now bought here too.

Throngs of middle class consumers browsed a selection of products lined up neatly on the blond wood tables. Sales of Apple products have soared by 70% in the past year.

Chief executive Tim Cook said that it was only a matter of time before China overtakes the U.S. as the biggest market for the world’s most valuable company.

These entrepreneurs catering to the new middle class are unlike earlier ones who made their money through real estate, which required good contacts with the Chinese government.

But, like Wang Jianlin and others who took advantage of the privatisation of real estate in China during the 1990s, this new generation of entrepreneurs is following the current shift in the economy toward consumerism.

The government believes the middle class is a better bet as a force for growth than investment in real estate, which has led to serious concern over debt burdens. 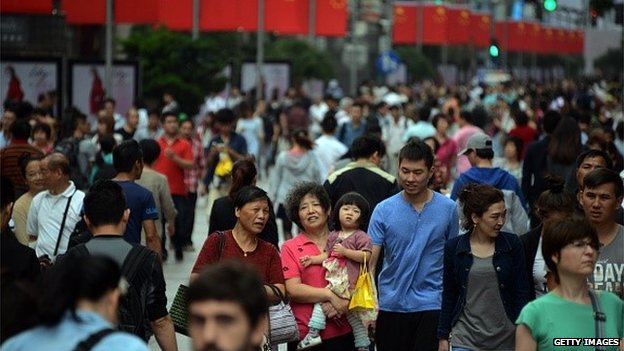 Unlike in other countries, most of the super rich in China made their money through their own business efforts rather than inheriting it. Their children are coming of age now – they’ve been dubbed the fuerdai, which means the rich second generation.

And whereas their parents tend to be frugal, the fuerdai may work hard but they play hard too. The media’s often critical of their fast cars and extravagant spending.

Their lavish lifestyles don’t sit comfortably in a society that still talks about the virtues of socialism. Wang Jianlin, whose son is one of those fuerdai, has blamed his son’s Western education for him not being “Chinese” enough.

Nanjing Road is a rare pedestrianised part of Shanghai that starts from the Bund. There’s a crowded array of shops, hotels, and cafes lining both sides of the street. It’s busy at all times of the day, the newly minted middle class in China are finally enjoying a lifestyle that the we in the West take for granted.

But, there are beggars crouched next to the Mercedes limousines. Communist China has become as unequal as capitalist America.

F. Scott Fitzgerald suggested that the very rich are different from you and me. But after this trip to uncover China’s route to riches, it’s clear to me that the rich at least are now much the same wherever you go in the world.