The headline number is $2.48m (£1.60m), sitting in a bank account in Switzerland in the name of Li Xiaolin.

Outside China, Ms Li was not such a big headline. Leaked files on accounts holding more than $100bn provided a rare glimpse inside the super-secret Swiss banking system and the super-rich who use it. 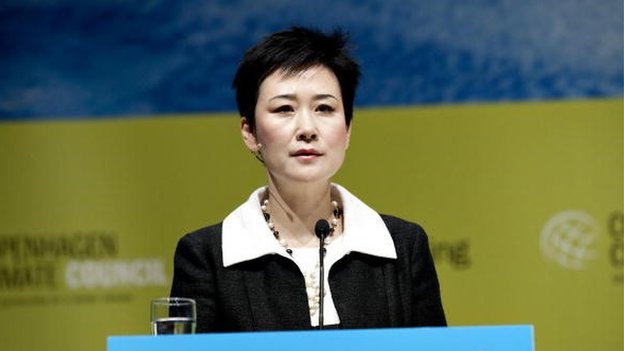 Li Xiaolin is the chairwoman of China Power International Development

The accounts were with the Swiss arm of global banking giant HSBC and in the words of the report from the International Consortium of Investigative Journalists (ICIJ): “The documents show the bank’s dealings with clients engaged in a spectrum of illegal behaviour, especially in hiding hundreds-of-millions of dollars from tax authorities”.

Given the scale of the revelations, Ms Li’s $2.48m looked rather modest.

But for Chinese observers, she is an interesting account holder.

Li Xiaolin is “red royalty” in China, daughter of former prime minister Li Peng, and often known as the “Power Queen” because she heads a big state-owned energy utility.

Ms Li has made no comment about news of her Swiss bank account, but the timing is sensitive as China’s anti-corruption campaign begins to focus on those in state-owned enterprises who have used senior positions to make personal fortunes.

Ms Li will need to come up with an explanation for where the $2.48m came from and why the funds were in a secret account in Switzerland.

It is not the first time the ICIJ investigators have embarrassed China’s mighty by following their money trail overseas.

Perhaps top graft buster Wang Qishan will consider hiring the entire International Committee of Investigative Journalists to work for him.

On second thought, perhaps not, as the revelations might strain the court and prison system beyond endurance and leave the Communist Party short of people to govern the country. 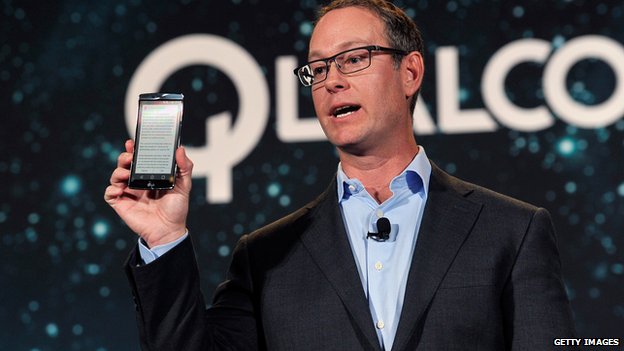 Staying with money, it’s getting harder to earn it if you’re an American tech company in China.

This week saw a record fine, nearly $1bn, against US chipmaker Qualcomm for violating antimonopoly laws.

Regulators have also forced the company to dramatically lower the royalties it charges Chinese companies.

Qualcomm bosses put a brave face on the ruling, saying they were glad to remove uncertainty surrounding the company’s business in China.

But some observers say Qualcomm is just one battle in a long campaign, symbolic of a rising economic nationalism in China, apparent ever since the revelations from Edward Snowden about US surveillance of foreign governments and companies via technology companies.

About half of Qualcomm’s revenue comes from China, and internet tsar Lu Wei recently observed that foreign companies could not expect to make money from China without being its “friend”.

Talking of Lu Wei, we learned this week that he is now WeChat buddies with American ambassador Max Baucus and says he welcomes an exchange of views about internet regulation via WeChat.

Note: WeChat buddies, not Facebook friends. Qualcomm, Intel, Cisco and the rest may need to tighten their belts further as China pushes home-grown competitors to go after their market share. 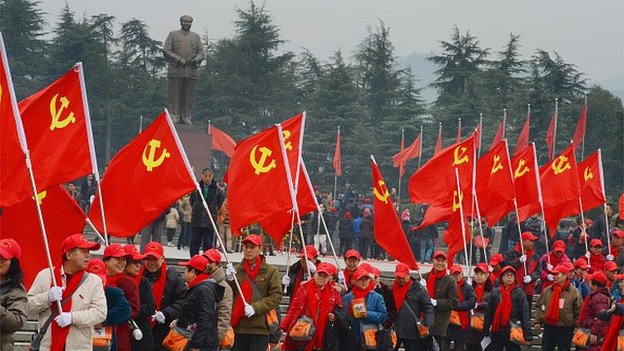 The Communist Party put out some feel good messages

Whether you want to open a diner, or you yearn for a blue sky, a world free of war or a beautiful wife, the message of a promotional video which spread online this week is “Chasing our dreams… and shaping the future together”.

Images of lush countryside interspersed with smiling clowns, farmers and bartenders… I couldn’t help feeling it looked a bit like the kind of TV advert that banks make to reassure you that they are looking after your money, your future and your family.

And missing from the feel good narrative was anyone who gets on the wrong side of the Party by raising problems or demanding rights.

But Chinese New Year is just around the corner so perhaps the Party believes a feel good vibe is necessary. 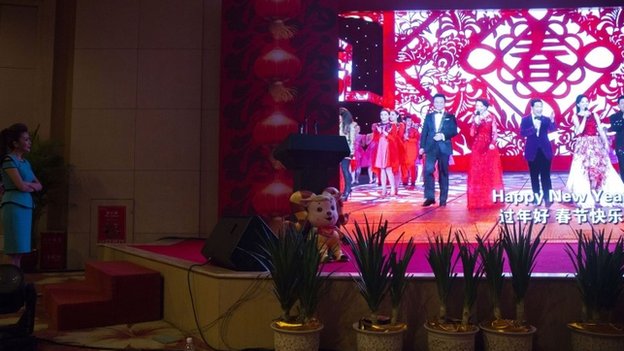 Especially as nearly 700 local governments have said that due to smog worries, they will either ban or restrict festive fireworks this year.

As usual there has been a big media build up to the New Year’s Eve CCTV gala, watched annually by up to 700 million people (some of whom grumble that they have no choice as other stations are forbidden from staging competing galas).

The buzz around this year’s CCTV gala is that it will include a skit making fun of corrupt officials.

This is indeed news. Usually the gala is kept politically super safe behind a vacuum-sealed wall of sequins and schmultz.

But why stop at corrupt Party and government officials? The gala could poke fun at CCTV’s troubled top brass while they’re at it.

But don’t expect anything too racy. Those involved admit that even the satire has been carefully censored.