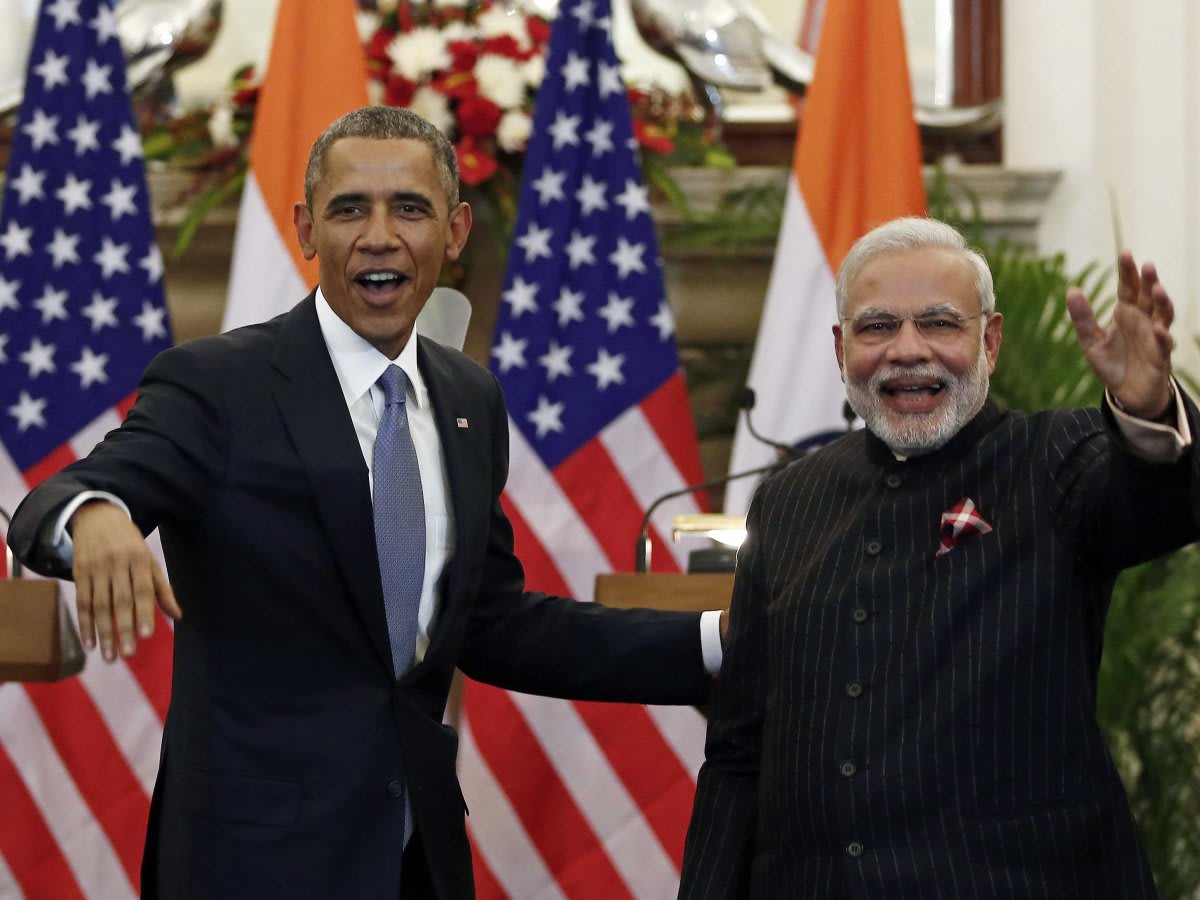 Adnan Abidi/Reuters Bros. President Obama traveled to India over the weekend for the second time in his presidency, and now China is starting to feel left out.

Chinese state media had a couple of things to say about the trip, and they’re not nice (or necessarily accurate).

“T he shortened three-day visit is more symbolic than pragmatic, given the long-standing division between the two giants, which may be as huge as the distance between them,” read one commentary in Xinhua, the Chinese state press agency.

” Three days are surely not enough for Obama and Modi to become true friends.”

The commentary also noted that one year ago, Prime Minister Modi was still banned from the US and American diplomats were being thrown out of Delhi  – which apparently negates any progress made since then.

Another piece, for the state tabloid Global Times, suggested that Western propaganda fabricated a rift between India and China.

“This fixed pattern of thinking was created and hyped up by the West, which, with ulterior motives, regards the ‘Chinese dragon’ and the ‘Indian elephant’ as natural rivals,” it read. “However, a trap is a trap. Although craftily set, it will be revealed eventually.”

Chinese-Indian relations aren’t terrible. China’s president, Xi Jinping, was in India in September visiting Modi, and promised to invest in Indian railways, industrial parks, and nuclear power. But bilateral trade has fallen between the two countries in recent years, according to the Brookings Institution  – and they have a long history of disputes over their 2,500-mile   Himalayan border.

Meanwhile, Modi’s been cozying up next to Obama, whom he initially met in September in Washington, D.C.

Obama is the first US president ever to visit India twice, and the first to be honored as chief guest at India’s Republic Day military parade. (Japan’s prime minister, Shinzo Abe, was chief guest last year.)

Over the weekend, the two leaders announced new commitments on issues like nuclear energy, trade, and climate change (although no real details were provided):

All of this signals a closer friendship between the world’s two largest democracies. Meanwhile, China’s Xi is still smarting from Modi’s refusal to visit Beijing a few months ago.