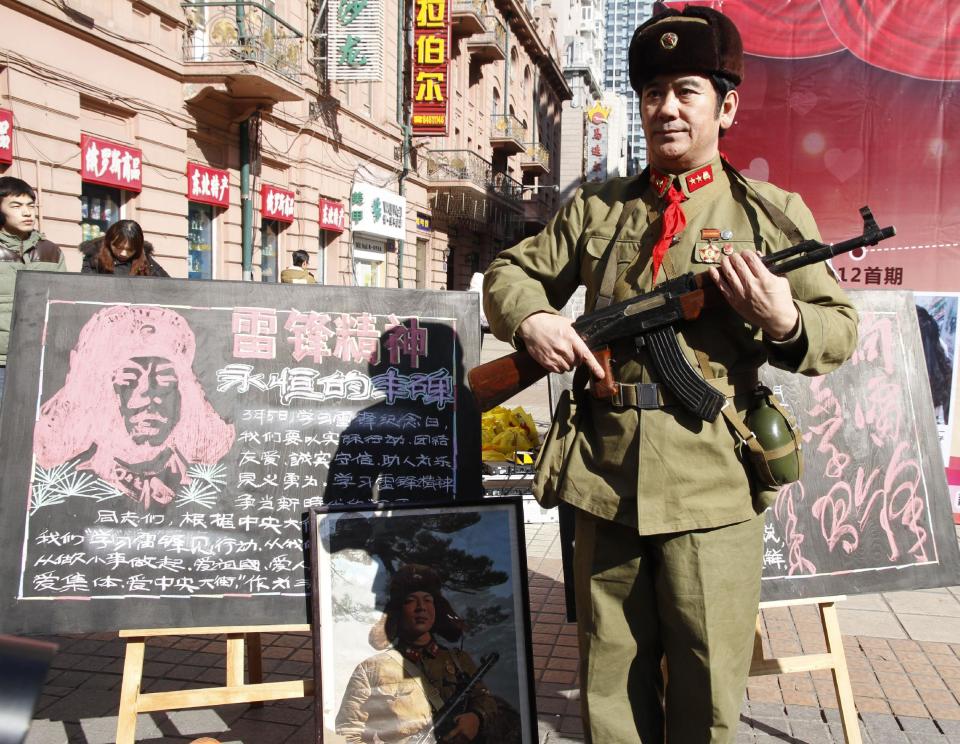 A man poses as Chinese folk hero Lei Feng at an exhibition of his life, during annual celebrations to mark “Lei Feng Day” in Harbin, China’s Heilongjiang province, on March 5, 2014 (AFP Photo/)

Beijing (AFP) – A former Chinese journalist has admitted falling for an April Fool joke which sparked a decades-long myth in his country — that US officer cadets learnt from the example of Communist military hero Lei Feng.

Li Zhurun, a former reporter for China’s official Xinhua news agency who is now a university professor, made the confession on his Sina Weibo microblog.

Ever since Communist China’s supreme leader Mao Zedong recognised Lei Feng for his humble heroism, said to include washing his comrades’ uniforms and giving his pay to the needy, authorities have encouraged citizens to do good and follow his example.

While China’s increasingly media-savvy population has come to question the authenticity of the Lei Feng story, the folk hero remains popular in some quarters. Pictures of him wearing his trademark earflap army hat have become a pop icon emblazoned on everything from bags to cups.

In his posting, Li said he had been duped by an unspecified Western news outlet, which reported on April Fool’s Day 1981 that the West Point military academy in New York State had held up the People’s Liberation Army (PLA) soldier as an example for all students.

“I was young at the time, and I didn’t know that Western media often invent ‘news’ on April Fool’s Day,” Li wrote. 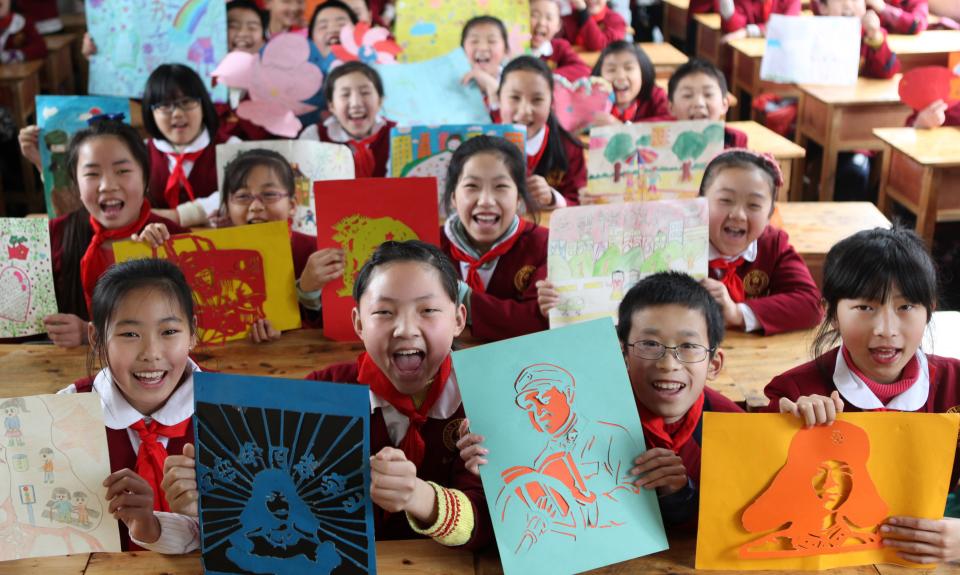 The state-run China Daily newspaper on Tuesday identified the Western outlet as the United Press International news agency. But it was not clear where Li was based at the time, or who he wrote the story for.

Over the past three decades, the West Point myth has become so entrenched in China that even a member of the country’s advisory discussion body, the Chinese People’s Political Consultative Conference (CPPCC), cited it in a 2009 proposal urging Beijing to apply for UNESCO recognition of the “Lei Feng Spirit”.

“At America’s famous West Point, Lei Feng’s portrait is among five hanging in the hall, and the academy’s code of student conduct includes his famous quote: ‘Human life is limited, but serving the people is limitless,'” CPPCC member Liu Jianglong said, according to the Chongqing Morning Post.

Lei Feng joined the People’s Liberation Army in 1960, when it still basked in the glory of winning the Chinese civil war just over a decade earlier.

He died aged 22 in August 1962 after a truck driven by a fellow soldier hit a telegraph pole, which fell on him.

In his posting on Sunday Li called his report “one of the biggest mistakes of my life” and said he discovered his error when a Chinese magazine ran a 1997 expose on the issue.

“But I still feel that it was not enough, and I have always wanted to have the chance to cleanse (the rumour) on a wider scale,” he wrote.

In an op-ed a China Daily writer worried that the fabrication of the West Point tale has “made many question their longstanding belief in (Lei Feng’s) selflessness”.

“People can hardly accept the fact that what they once believed was a sign of Lei Feng’s international renown was just a made-up story,” wrote Wang Yiqing.

“However, the Lei Feng spirit should never be a bubble that can burst,” he continued, adding: “Maybe the image of Lei Feng… can be updated to better resonate with people today.”