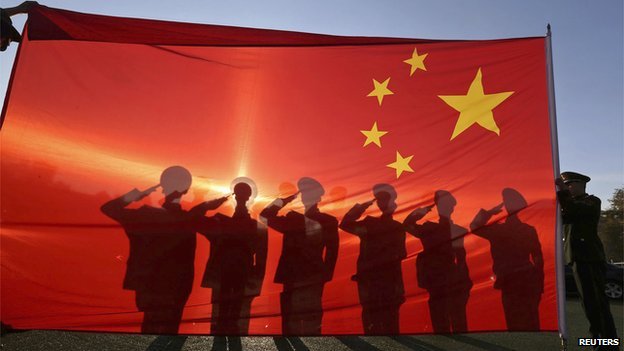 China’s 2014 has been full of riddles and contradictions, but what’s in store for 2015?

After postponing the pain in 2014, reform is the white knuckle ride for the year ahead.

Beijing says addiction to growth driven by industrial exports, infrastructure and real estate has to stop.

Growth will be slower and in order to be better, state-owned enterprises running on empty must be dismantled, and private enterprise has to provide the jobs instead, especially in the service sector and even if that means foreign enterprise. 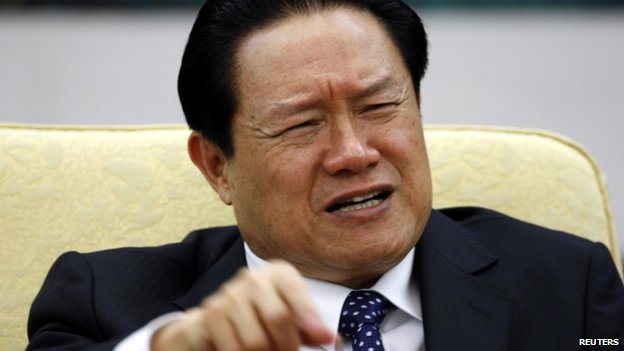 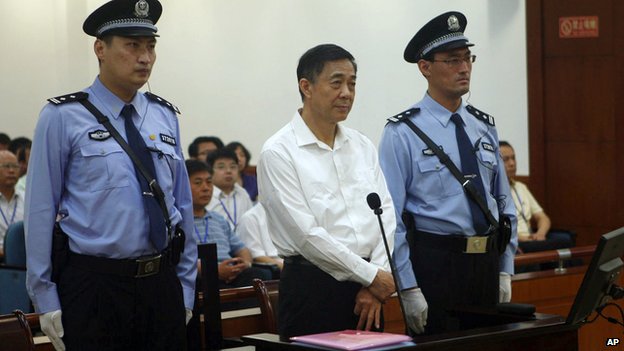 With the graft busters moving into top state institutions, expect new revelations and a steady stream of investigations and court appearances.

But everyone knows corruption is entrenched in the system so who ends up wearing the handcuffs is about politics.

Chinese President Xi Jinping will go on removing those who stand in the way of his reforms and replacing them with loyal henchmen.

Also watch how he tackles the Party’s existential challenge: building a governing culture based on an incentive structure other than greed.

As part of this, think ideology.

The unapologetic authoritarians will be highly visible and vocal in 2015, filling the airwaves with a narrative that meshes Marxism and Confucianism, insisting the Chinese Communist Party is more democratic than the West because it rules on behalf of everyone, like the good emperors of old who ruled for “all under heaven”.

China’s fundamental contradiction will become every starker in 2015, more private initiative in the economy and less in politics. 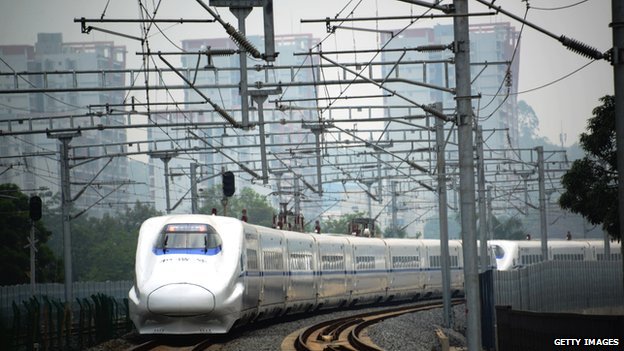 Strengths and weaknesses: two sides of the same coin

Whenever the game requires deep pockets, staying power and affordable engineering, China’s strengths will be apparent.

In 2015, its ambition and confidence in delivering huge infrastructure projects will be felt around the globe; from a high speed rail network in Nigeria to a canal across Nicaragua.

But the single-mindedness that works in some conditions turns to damaging rigidity in others.

In 2015, no Chinese citizen will be allowed an independent voice on anything which the Communist Party declares off limits.

And that list is getting longer rather than shorter. (So much for free speech.) 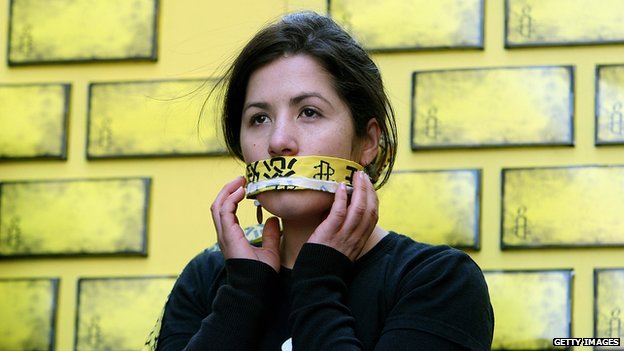 There are currently more than 40 Chinese journalists in prison and 2015 will see no amnesty.

Party leaders have promised to govern through the rule of law but have simultaneously imprisoned the lawyers who insist on discussing what the rule of law actually means.

This is a political system bedevilled with doctrinal contradictions and very real liabilities. 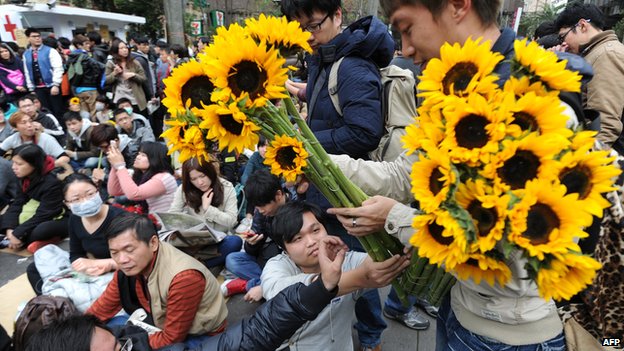 Protesters in Taiwan rallied together to prevent future pressure from China 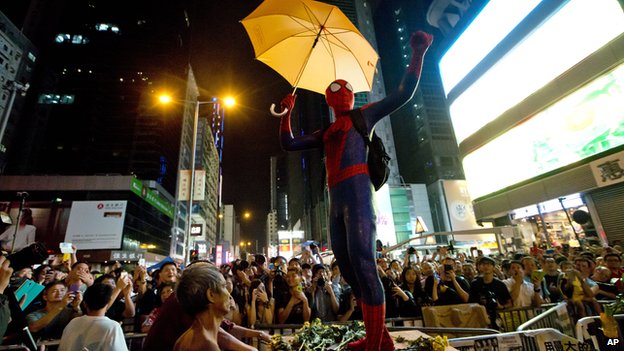 In 2014, Hong Kong also saw its most dramatic, full-scale protests against Chinese interference to date

Which brings us to Hong Kong and Taiwan.

Both went badly wrong for China in 2014.

In Taiwan, the Sunflower Movement and local elections demonstrated just how far the island is from leaping into the embrace of the motherland despite all Beijing’s best efforts at economic integration.

And in Hong Kong, Occupy Central was, from Beijing’s point of view, a shocking exercise in defiance.

2015 will see China adopt different tactics for each.

Taiwan still has to be wooed after all, and the prospect of the 2016 presidential election will encourage caution. But Hong Kong citizens can expect a more robust education in the fundamentals of one country two systems. 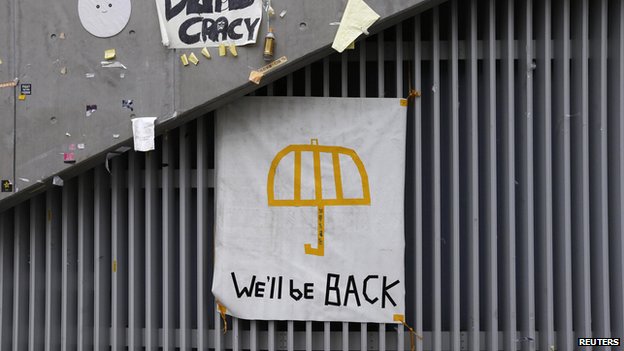 It helps China that other governments will continue to remain largely silent.

Many deferred to China’s list of core interests in 2014, notably on Hong Kong, but also on Xinjiang and Tibet.

Treatment of the Dalai Lama is often a good indicator of how effectively China’s embassies are wielding carrots and sticks.

In recent months, the Dalai Lama has been cold shouldered by multiple governments from South Africa to Norway. 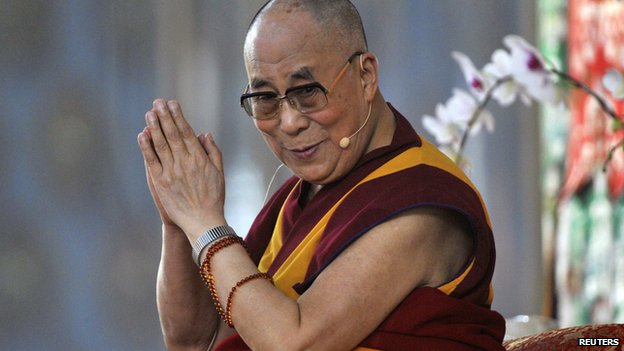 But this applies also to business, academia, entertainment and media.

Watch for universities in Europe and North America allowing Confucius Institutes funded by the Chinese government to impose restrictions on debate, watch for Hollywood studios making adjustments to movies to satisfy Chinese film censors and for internet companies bowing to Beijing’s sensitivities on search results and social media posts.

Underlying the dilemmas for all these players are the potential rewards of the China market.

Heading towards 700 million internet users, many of them shopping on their smartphones, this is the first time in history such an enormous middle class has been born connected.

It’s easy to see why Silicon Valley is transfixed. In the months ahead there will be many judgment calls for many players about how far to compromise values for a share of this market. 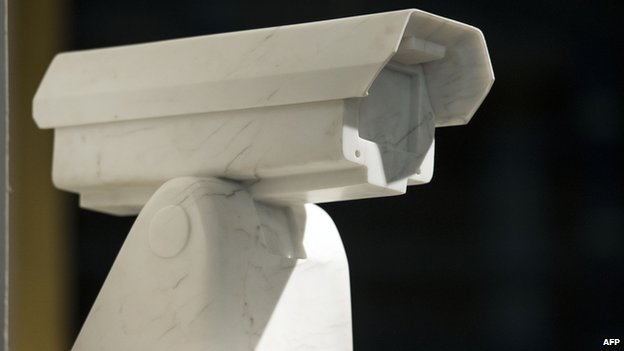 Talking about tech though, President Xi has said China is too dependent on the West for critical technologies. 2015 will see a push for home-grown innovation.

As for culture, Puritanism is in.

Artists have been warned to demonstrate “positive energy” and “healthy” themes. Some are to be sent down to the grassroots, in what critics describe as a return to the politically driven agenda of the Cultural Revolution. 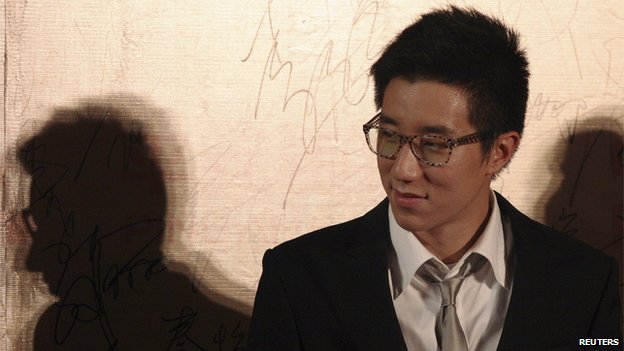 2014 ended with a growing blacklist of celebrities who are now barred from appearing on national media as a result of convictions for taking drugs or visiting prostitutes.

But here too lies a contradiction: China’s media and entertainment are increasingly market driven.

So it will be interesting to observe how well the blacklist operates and what viewing figures self-consciously healthy art from the grassroots will turn in. 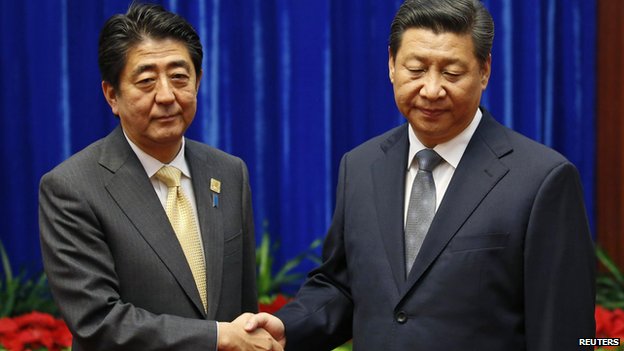 Turning to foreign policy, 2014 ended on a more pragmatic note than it began.

With November’s APEC forum and the US-China summit, Beijing toned down the strident nationalism and anti-American rhetoric which had dominated the year.

On the territorial dispute in the East China Sea and on questions of history, that thaw will be one to watch in 2015.

We will see what lies beneath the ice. 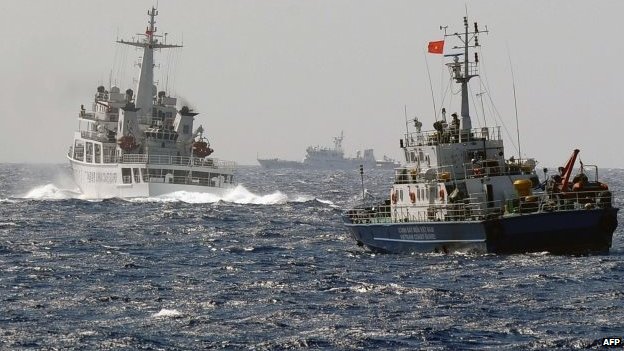 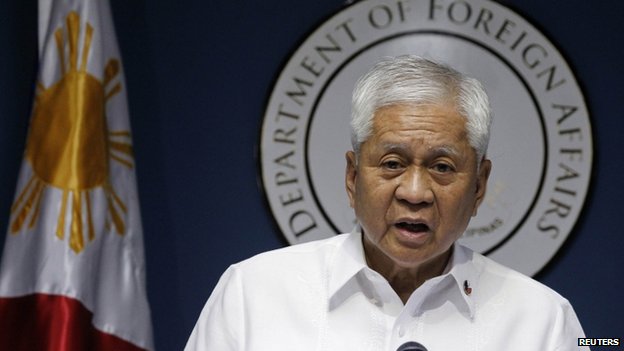 What about territorial tensions?As for the drama of the South China Sea, the stage moves to the Court of Arbitration in the Hague.

But Beijing refuses to accept the court’s jurisdiction for the case brought by the Philippines, concentrating instead on changing the facts on the ground several thousand miles away …or even making the ground…by extending the rocks and islands it controls and by constructing new installations and even runways.

At the same time Beijing will use all the means at its disposal to convince rivals in the South China Sea that they can benefit from moving into China’s economic orbit.

Free trade agreements, development loans, regional infrastructure projects, the great game of knitting geopolitics and business will go on in 2015.

And Beijing will hope for plenty of distractions for the United States in Ukraine and in the Middle East as this will make matters easier. 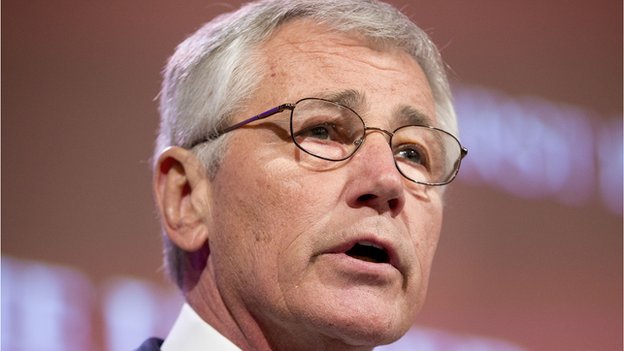 But one cloud on the horizon is a Republican dominated Congress in Washington.

There may be calls for greater reciprocity when it comes to market access and a multiplicity of “level playing field” issues.

To pre-empt new allegations that it is a free rider in the international security order, China will trumpet its efforts to help tackle Ebola in West Africa and piracy in the Horn of Africa.

But watch closely what happens in Afghanistan in the year ahead.

After a 13-year war which claimed more than 2200 American lives and cost more than a trillion dollars, Chinese diplomats and Chinese businesses may soon be more visible in Kabul than American ones. 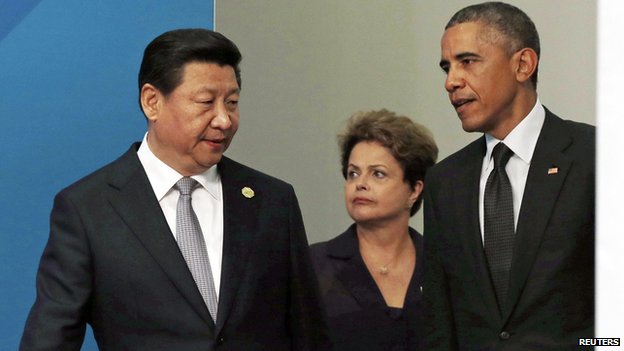 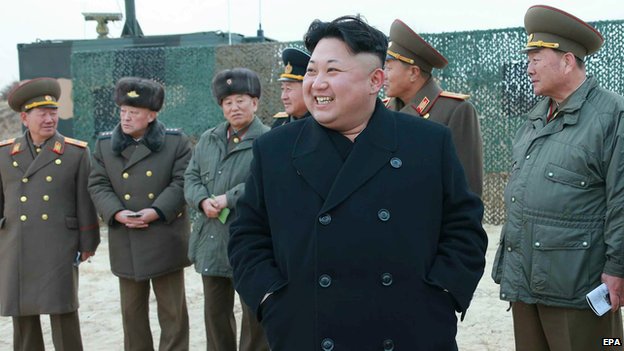 But as they go into 2015 there are at least a couple of things on which President Xi and President Obama can agree.

One is their shared responsibility, as leaders of the world’s two biggest emitters of greenhouse gases, to do something for the planet.

In the run up to a key climate conference in Paris, the pressure on China to make good on summit promises will build.

And the other thing on which it’s easy to agree is exasperation with Kim Jong-un, quixotic leader of North Korea and possibly the wildest of the world’s wild cards in 2015.

Exactly what to do about either the climate or North Korea is much harder to fathom. And let’s not forget that Chinese decision making on these issues as on so much else is completely opaque. 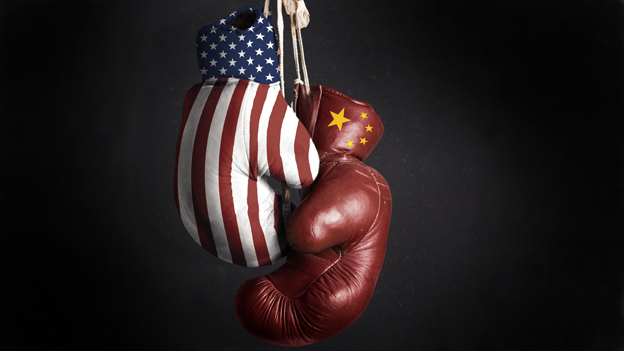 China recently dethroned the US as the world’s biggest economy

Which is surely one of the most striking things about China in 2015.

Despite being described by the IMF as the world’s biggest economy, with not just its own 1.3 billion citizens but so many livelihoods all over the world depending on China’s direction, decision making at the top of the Chinese Communist Party is as unknowable as ever.

75 years ago, Churchill said of Russia, It is a riddle, wrapped in a mystery, inside an enigma.

He might well say the same of China today.