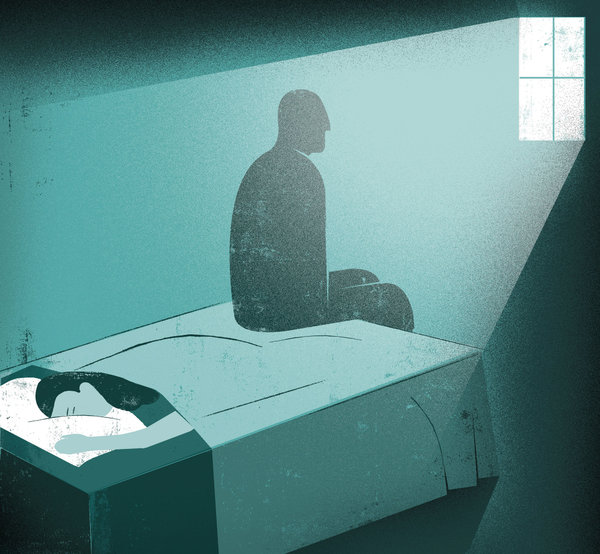 In 1989, Chinese cities were rocked by huge protests, most notably the Tiananmen Square crackdown, while in Europe, the Berlin Wall fell and talk of a global Marxist-Leninist extinction began. Many observers, both in China and abroad, assumed that the Chinese Communist Party was on its last legs.

How wrong we were. A quarter-century later, the party — the world’s largest political organization, with 86 million members — seems as robust as ever. China’s geopolitical clout is greater than it has ever been in modern times, and the size of its economy has just surpassed that of the United States.

The party has, in President Xi Jinping, a strong leader who often strikes a supremely self-confident tone. He makes bold claims to islands in the East and South China Seas that neighboring countries insist are theirs. He chides Mikhail S. Gorbachev for having failed to be “manly” enough to hold the Soviet empire together. And he encourages the state media to promulgate the idea that the “Chinese dream” — a grand process of national resurgence that will return China to the position of global centrality it enjoyed before a “century of humiliation” at the hands of the West, and Japan, between 1842 and 1949 — is about to be realized. And he insists that, when it is, this will satisfy not just his aspirations but those of “each Chinese person.”

Mr. Xi’s self-assurance is not surprising, but his words and deeds betray a deep vein of insecurity. The talk of 1.3 billion people dreaming the same “Chinese dream” can’t hide the fact that China’s leaders continue to be plagued by nightmares not unlike those that haunted them in 1989.

Under Mr. Xi the party has carried out a fierce crackdown aimed at limiting dissent, often described as the harshest since 1989. It has tightened control over the press and social media. It has relentlessly censored coverage of the pro-democracy protests in Hong Kong. It has prosecuted activist lawyers who favor peaceful reform within the existing system. It has scrutinized the teaching of history in classrooms. And it has ramped up scare tactics against members of restive minority groups, such as the largely Muslim Uighur community — staging swift, secret trials and public executions of those accused of terrorism, and sentencing a moderate Uighur scholar to life in prison.

To understand these actions, we need to look more closely at what exactly bombastic talk of a shared Chinese dream means — and what it obscures. Mr. Xi’s dream envisions a country that has completed a process of economic and geopolitical resurgence that began with Deng Xiaoping in the late 1970s. In this fantasy, a modern, stable and unified China has resumed its traditional place as East Asia’s dominant power, led by a party that, despite its recent focus on rapid growth and its roots in an ideology imported from abroad, has reconnected so fully with China’s deep past that it has become natural for people of Chinese descent around the world, from Macau to Manhattan, to look to Beijing for authoritative pronouncements about the relevance of Confucian classics for contemporary problems. (The irony of reviving Confucius, who for years was denounced as the intellectual wellspring of feudalism and backwardness, is lost on few Chinese.)

It was under Mr. Xi’s predecessor, Hu Jintao, in office from 2002 to 2012, that growth rates soared, the 2008 Beijing Olympics and the 2010 Shanghai World Expo, with their high-tech venues and soaring ceremonies, wowed global audiences, and China launched a flashy space program. Mr. Xi has gone further even than Mr. Hu in trying to show that symbols of the old and the new, the classical and the revolutionary, Confucius and Mao, can be synthesized.

If the dream’s realization is close at hand, what is there to fear? Plenty, it turns out. One specter that continues to cause anxiety is a possible recurrence of the wave of protests that erupted in 1989. Newer fears include a Chinese variant of the Arab Spring and a possible economic crisis, triggered by a collapse of the inflated housing bubble, that would undermine the party’s basis of legitimacy: its ability to steadily raise living standards.

Perhaps the most urgent fear is this: a sense among even those Chinese whose living standards have soared that frantic development has come at too high a price. Never in history have the promise and peril of head-spinning modernization been so apparent within the space of a single lifetime. A country where the authorities call the air in the capital “fine” on days when nearby skyscrapers are completely shrouded from view, where waterways are suddenly and inexplicably clogged by enormous numbers of pig carcasses, where once-revered elders live in rural poverty and isolation — this is the stuff of nightmares. The party’s anxiety over these bad dreams can be seen in many things — in its calls for official think tanks to study carefully the “color revolutions” that toppled East European and Central Asian autocrats, and in the suggestion that party cadres read de Tocqueville’s account of the French Revolution, to ensure that China avoids the mistakes of the ancien régime.

Beijing’s handling of the Hong Kong situation was the latest illustration of the party’s fear that its grip on the national rejuvenation package is weaker than outsiders sometimes imagine. What was striking was not just the party’s refusal to make concessions to the protesters, but the lengths to which it went to control information about, and even photographs of, the Hong Kong protests from flowing into the mainland — and to present a locally rooted popular movement as the brainchild of foreign conspirators. Officials told a British delegation planning to investigate the situation in Hong Kong that it would be barred from setting foot in the former British colony, which typically does not require Western visitors to obtain visas.

Hong Kong’s protesters often spoke of their attachment to a distinctive and robustly cosmopolitan civic identity, as opposed to any kind of Chinese national one. And yet the symbolic challenge they presented to Mr. Xi was very significant. The eclectic imagery of their movement — in which quotations from international figures like John Lennon were placed beside statements by Chinese writers like Lu Xun — showed that there were other, perhaps more compelling, ways to make elements of China’s culture and past speak to 21st-century concerns than the mainland’s heavy-handed patriotism. It made the Communist Party profoundly uneasy to watch Hong Kong youth show such creativity and determination and demonstrate so clearly how misleading it is for Mr. Xi to claim that “each Chinese person” is capable of dreaming only the party’s authoritarian dream. Thus the lurch from bravado to paranoia.

One of Chairman Mao’s favorite words was “contradictions,” and today’s China is riddled with them: rule by a party that is nominally Communist, but embraces consumerism and welcomes entrepreneurs into its ranks; widespread unease about the environmental, social and even moral consequences of growth; deep insecurity in the ranks of a party that outwardly brims with confidence. The dark side of the Chinese dream — the negative fantasy that haunts China’s psyche — explains why Mr. Xi, the strongest Chinese leader since Deng, is so skittish, so ready to jump at shadows.

Jeffrey N. Wasserstrom is a professor of history at the University of California, Irvine, and the author, most recently, of “China in the 21st Century: What Everyone Needs to Know.”