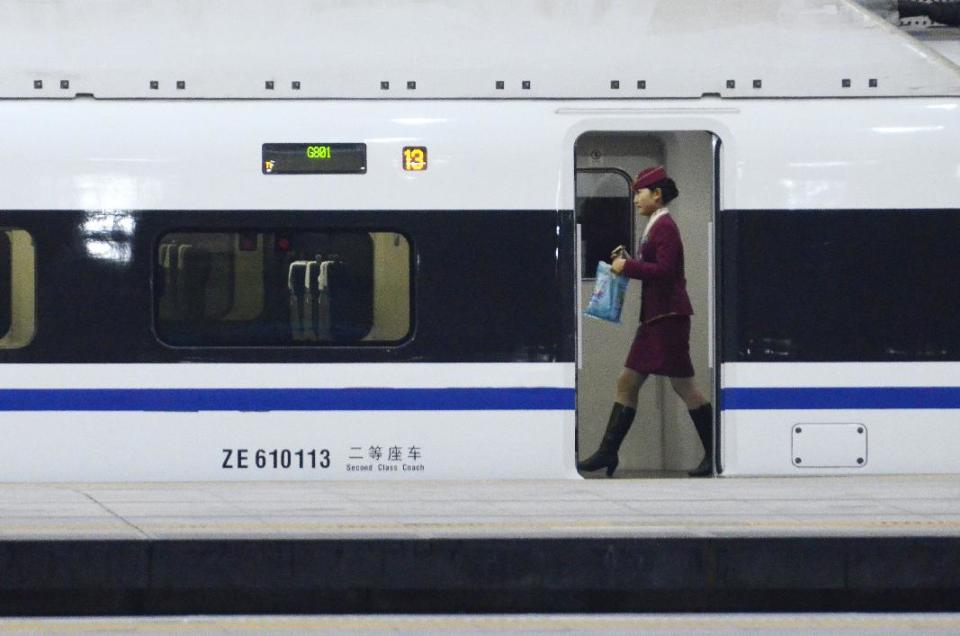 Beijing (AFP) – China tied the restive far-western region of Xinjiang closer to the rest of the country Friday, opening a high-speed rail line between its remote capital and a city nearly 1,800 kilometres away.

The line, the first connecting Xinjiang to a neighbouring region stretches through rugged terrain including vast deserts, the high-altitude Qilian mountain range, an ancient section of the Great Wall and strong wind zones, slashing travel time between the two cities by half to under 12 hours, CCTV said.

China also launched two other fast rail lines on Friday, meaning more than 3,200 kilometres (1,984 miles) of high-speed track was put into use in a single day, highlighting the rapid development of the country’s network.

The Western high-speed railway comes as China is pushing a Silk Road Economic Belt to boost commercial ties with countries in Central Asia, including Kazakhstan, and ultimately to Europe.

Also opening on Friday were lines linking the prosperous southern commercial hub of Guangzhou with Guiyang in the underdeveloped province of Guizhou, and Nanning in neighbouring Guangxi province, the official Xinhua news agency reported.

China has long boasted an extensive rail system but in recent years has pushed the development of super-fast trains that have slashed travel times between major cities such as Beijing and Shanghai, and made rail travel competitive with flying.

Xinjiang, a vast area bordering Central Asia, is home to Uighurs and other mostly Muslim ethnic groups. It has long had a population of Han, China’s dominant nationality, whose numbers have increased strongly over the past half century through migration.

Though rich in natural resources such as oil and gas, the region has been the scene of ethnic and religious unrest characterised by clashes between local groups and authorities as well as violence both inside and outside the region that Chinese authorities have classified as religious-inspired terrorism.

China is engaged in a crackdown on militancy in the region and earlier this month a court condemned eight people to death for two deadly attacks in Urumqi, state media said, bringing the number of death penalties or executions announced for Xinjiang-related violence to around 50 since June. 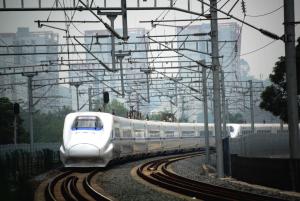 A high-speed train is on its way to Beijing, from Nanning, southern China’s Guangxi province, on …

According to Xinhua, the line linking Gansu’s capital of Lanzhou to Urumqi is 1,776 kilometres long and its trains are designed to travel at a maximum speed of 250 kilometres an hour.

Also this month, a line that cut train travel times between the commercial hubs of Shanghai and Guangzhou from 16 hours to seven began operations.

Completion of another high-speed line linking Beijing and Lanzhou in 2017 will cut train travel times between the Chinese capital and Urumqi from 41 hours previously to just 16, Xinhua said in a report last month.

Only begun in 1999, China’s high-speed rail network has quickly become the largest in the world, with more than 11,000 kilometres of track in service during 2013, with the total expected to reach 16,000 kilometres by 2020, according to official media.

In late 2012, China opened what it hailed as the world’s longest high-speed train line linking Beijing in the north with Guangzhou, near Hong Kong.

The high-speed network, however, has been plagued by graft and safety scandals following its rapid expansion, with a deadly collision in July 2011 killing more than three dozen people.

The accident triggered a flood of criticism of the government and accusations that the authorities had compromised safety in its rush to expand.