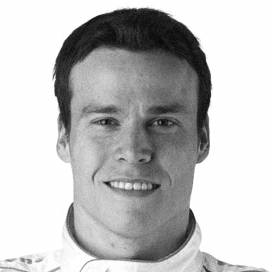 Knightsbridge in London contains wilder supercars than practically anywhere in the world outside of Dubai, and they often end up in controversy. Owners enjoy revving their engines, spewing flames from the exhaust, and then – occasionally – forget to carry the necessary insurance documentation to keep British police at bay. Moments like this cause one’s “Glow-in-the-Dark” Lamborghini to find a new home at the impound lot.

It’s not always showboating that gets owners in trouble, however. Sometimes it’s speed mixed with bad luck – like this driver, who wrecked his $500,000 custom Lamborghini Aventador by crashing it into a parked BMW and a Mazda 5.

On Knightsbridge’s exclusive Sloane Street, home to wealthy businessmen and sporting icons, the video, captured by an onlooker’s cell phone camera, shows the unidentified owner of the matte-black Lamborghini collide with a Mazda 5 that was pulling onto the street, unaware of the approaching supercar’s speed. Both cars come together, causing the Lamborghini to get airborne before crashing into the stationary BMW.

Lila Afshar, the owner of the BMW who was having lunch at the time, told the London Evening Standard that when she returned to the car with her two daughters she discovered a note on the windshield. The 217-mph Lamborghini was in the process of being towed, and the owner was reportedly polite and apologetic.

This unique Aventador, which is as famous on the streets of London as Ralph McTell, features a 700-hp V-12 engine, and is documented on YouTube with the obligatory fire-churning exhaust. Studying the video, it’s clear its driver was traveling too fast, but the driver of the Mazda also appeared to pull out without paying much attention. London police were soon on the scene, and breathalyzed both drivers. No arrests have been made and there were no reported injuries.

With such a vast amount of supped up supercars in such a small geographical area, incidents are inevitable. And with a V-12’s roar providing quite the spectacle, most are caught on camera. Which is fun for us, if not a tad embarrassing for those involved.